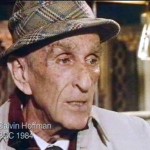 The Calvin & Rose G Hoffman Prize for a Distinguished Publication on Christopher Marlowe is administered by The King’s School in Canterbury, Kent, which Marlowe attended.  The prize is registered as a charity and must be governed by the rules of charities in Britain.  Charity overview states: To promote and encourage investigative research into the life and works of Christopher Marlowe and into the authorship of the poems and plays now commonly attributed to William Shakespeare with particular regard to the possibility that Christopher Marlowe wrote some or all of those poems and plays or made some inspirational creative or compositional contributions towards the authorship of them.

Besides the lump sum award the charity administrators give out yearly awards. Submissions are judged by prominent academics in the field of Shakespearean studies.  Closing date of entries of any given year is September 1. If you are interested in obtaining an entry form for submissions write to:

Unfortunately you have to write for submission rules because there is no automated online process.

The Hoffman Prize presents a number of problems, namely that the prize is judged by Stratfordians.  That’s rather like the mouse in charge of the cheese.  Secondly, the prize money is in Great Britain.  This problem manifests as political power struggles between agencies, groups and personalities. Not to say these problems wouldn’t happen anywhere, but the problems take on an acute nationalistic flavor.  Bardolotry has taken serious root there.

Of course Calvin Hoffman, with all his yankee-can-do ingenuity could never have foreseen the implications of all of this.

Calvin was extremely optimistic and generous with his money.  He firmly believed that the greatest of literary detective stories could be solved and willed his money to others so that they could pursue the Marlovian line of inquiry.

If you’d like to read the book that started it all I suggest reading The Murder of the Man who was Shakespeare, by Calvin Hoffman.  I would also suggest checking it out of the library since the book is out of print and last time I checked it retailed for $250 on Ebay.

Hoffman details his theory of parallelisms and how he came to believe that Marlowe and Shakespeare were the same person.  The book is a fascinating read and gives a good overview of Hoffman’s intellectual processes and subsequent ideas.  Hoffman clearly champions Marlowe and brings him to new prominence in Britain where he was largely ignored until The Murder of the Man who was Shakespeare was published.