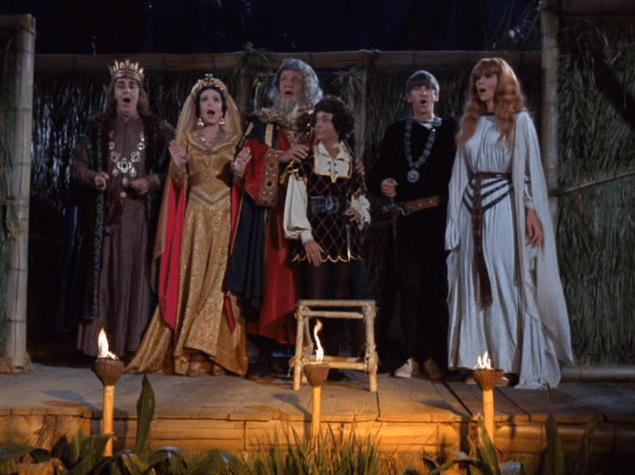 It is no mistake that the Gilligan’s Island crew stage this variation of Hamlet’s ‘To Be or Not to Be’ soliloquy to Carmen’s ‘Habanera,’ which is the popular name for “L’amour est un oiseau rebelle” (“Love is a rebellious bird”).

Christopher Marlowe went underground to transform into the amalgamation of Shakespeare, in order to complete the alchemical process begun by so many philosophers of the Renaissance who were cruelly persecuted, such as Giordano Bruno.  This is why one of the earliest plays attributed to Shakespeare, after the disappearance of Marlowe, was Love’s Labour’s Lost. The alchemical work was one of Mystical Love and thus Carmen sings that love is a rebellious bird that you cannot contain.

After the ‘death’ of Marlowe, persecuted alchemical and philosophical groups went largely underground ensconced within the secret society networks to complete their mission(s).

Interestingly, and in true secret society form, Georges Bizet, composer of Carmen, died suddenly after the 33rd performance, 33 of course, being of significance to the Freemasonic realm.