There are many indications that Shakepeare was in a network of secret society participants. Although some professors I’ve encountered portray Shakespeare as a ‘genius’ and all of his works sprouted from his lonely head like Athena from Zeus—this just isn’t the case.  Knowledge just doesn’t spring up from vacuum like the Big Bang theory, it is more likely assimilated and concocted like a cake recipe that has been handed down through the generations.

Secret societies imply just that. Secrecy. England at the time of Shakespeare was an extremely volatile mix of religion and politics. You could easily be killed for stating your views in public.  So if you wanted to change society from within, you would have to organize with like minded participants.  You would share ideas and information with people you could trust.

If Shakespeare was Christopher Marlowe, there are indications he was involved in a society called the School of Night, “an underground society whose work allegedly included explorations of alchemy…”¹

After the alleged murder of Marlowe, one of the places he was rumored to go was Venice.  In fact, nearly a third of the plays take place in Italy. ² It it possible then, that Marlowe was part of the network of the Ordo of Bucintero? An order that may have also included luminaries such as Mozart.  This order was developed in Venice.³

Venice was was also a member of the community of heirs of the Knights Templars.4

Is it possible too, that the play of Romeo and Juliet was written perhaps as an ode to Julietta Montefeltro, high priestess of the order Bucintoro? It appears that thematic concerns of the play are intertwined with the Knights Templar and Rome.

According to Jan van Helsing, book publisher of the Montauk series in German, and who had many secret society connections in Germany that stretched back into antiquity, the Black Knights, who are the legitimate heirs of the Knights Templar who had been burned at the stake, said the God of the Israelites was El Shaddai, the outcast Archangel known as Satan.  This information was contained in an ancient manuscript, which originally had been in the possession of the Templars, and was obtained by the Nazis via the Black Knights.  Before Templar acquisition the document had previously belonged to Hebrew scribes. 5 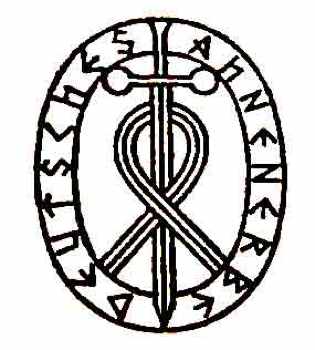 1 Jane Alexander, 4 Secret Societies That Operated In The Shadows Of London, Londonist, https://londonist.com/london/features/london-s-secret-societies

3 The Order of the Bucintoro, Franz Camillo and Bertagnolli Ravazzi, March 11, 2021

4 The Order of the Temples, http://staatenbund1871.bplaced.net/templer.htm